The World's Angriest Boy in the World

The World's Angriest Boy in the World is a children's storybook from the false childhood memories of David Haller. It was implanted within his mind by the parasitic mutant Farouk, also known as the Shadow King. The book is the basis of the Angry Boy, one of the many forms adopted by the Shadow King to manipulate David.

After taking root within David Haller as an infant, Farouk began manipulating the boy's memories to weaken his grasp on reality [1]. David's memories of his adoptive father reading to him at bedtime were altered so that he recalled his father reading The World's Angriest Boy in the World instead. Whilst doing memory work with Ptonomy Wallace and Melanie Bird, David relived these repressed memories, which Ptonomy found disturbing [2].

Wandering through David's memories by herself, Melanie found The World's Angriest Boy in the World and curiously began reading the book. Upon reaching the last page, Farouk - in the form of the Devil With The Yellow Eyes - appeared behind Melanie, causing the book to slam shut on her hand. The shock of seeing her mangled hands caused Melanie to awaken in her own body in the physical world [3].

In a therapy session, Doctor Poole believed the Angry Boy was a metaphorical representation of David.

The World's Angriest boy is a physical book written by Noah Hawley and published by Wylie Publications Inc.[4] However the physical book's author is "Heathcliff Marr". It is unknown who or what Heathcliff Marr is. There are theories of Heathcliff Marr referencing Heathcliff from Wurthering Heights or that it is an anagram for "Afflict Her Harm" but nothing has been confirmed. 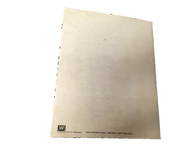 Add a photo to this gallery

Retrieved from "https://legion.fandom.com/wiki/The_World%27s_Angriest_Boy_in_the_World?oldid=2813"
Community content is available under CC-BY-SA unless otherwise noted.